Our topic question in Year 2 this term was, "Is Plastic Fantastic?"  The children learned all about how plastic is manufactured, its uses and the impact it has on our environment.    We decided to create our own story called Crispin and the Whale, about a crisp packet that is thrown away and ultimately ends up in the belly of a whale.

After much discussion and vocabulary work, the children all wrote their own version.  Mrs Ruddick then selected parts from their work to create the Year 2 version of the story below.   You can watch it by clicking the link below...

We sent a copy to David Attenborough who replied with a letter and the signed photograph below.  He wrote, “Thank you for sending your class’s stories and illustrations. I really do think they are exceptional and the pictures very expressive."

We held our own protest, visited our local recycling centre where we lobbied our MP about single use plastic and wrote letters of complaint.  Check out the photos of these further down the page.

Following a discussion about Greta Thunberg, the children asked to hold their own protest against single us plastic.  The children worked in teams to research an aspect of single use plastic.  They then put together their own leaflets, banners and posters.  Some children even made their own t-shirts and costumes at home.

We held our protest at home time and had a great response from parents and older children who told us they were going to make changes.  For example, one parent told us she was going off to buy a reusable drinks bottle and download the Refill app which tells you where you can fill up your water bottle.  Another said he was surprised to find out there were places to recycle crisp packets and stretchy plastic.

Our research into yogurts shocked some parents who said they wouldn't buy yogurt sachets any more as they were much more expensive than yogurt pots and  were non-recyclable! 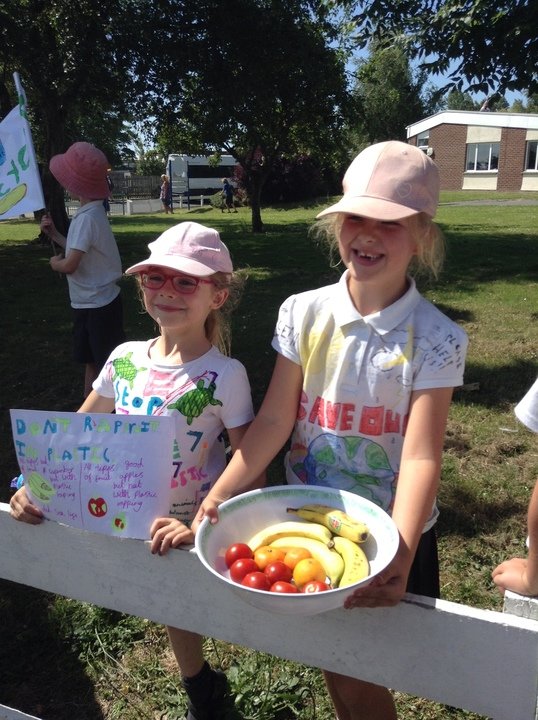 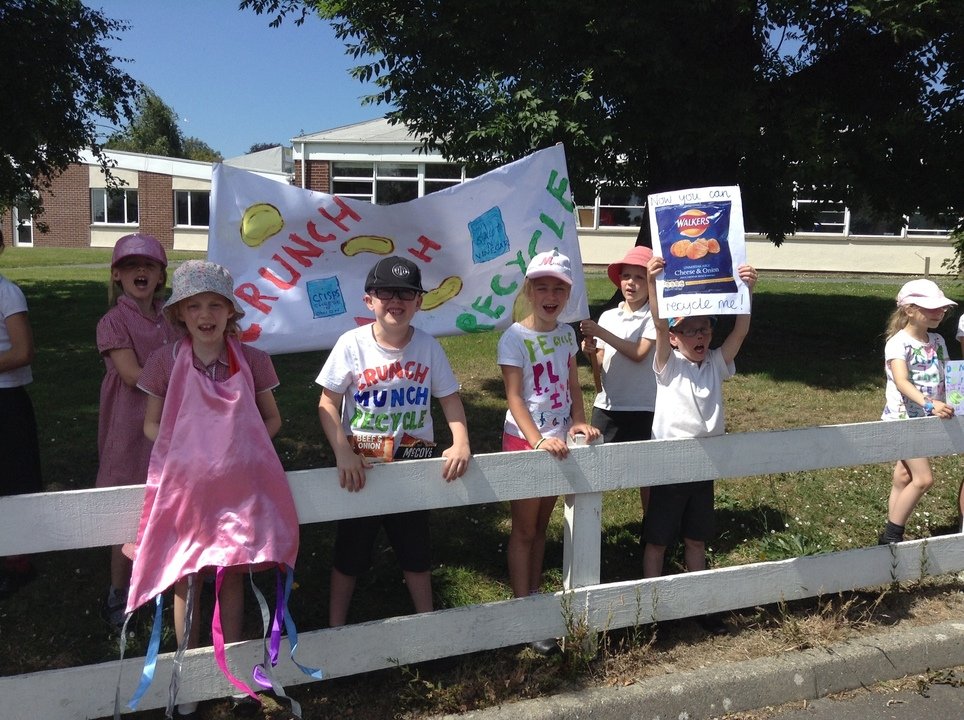 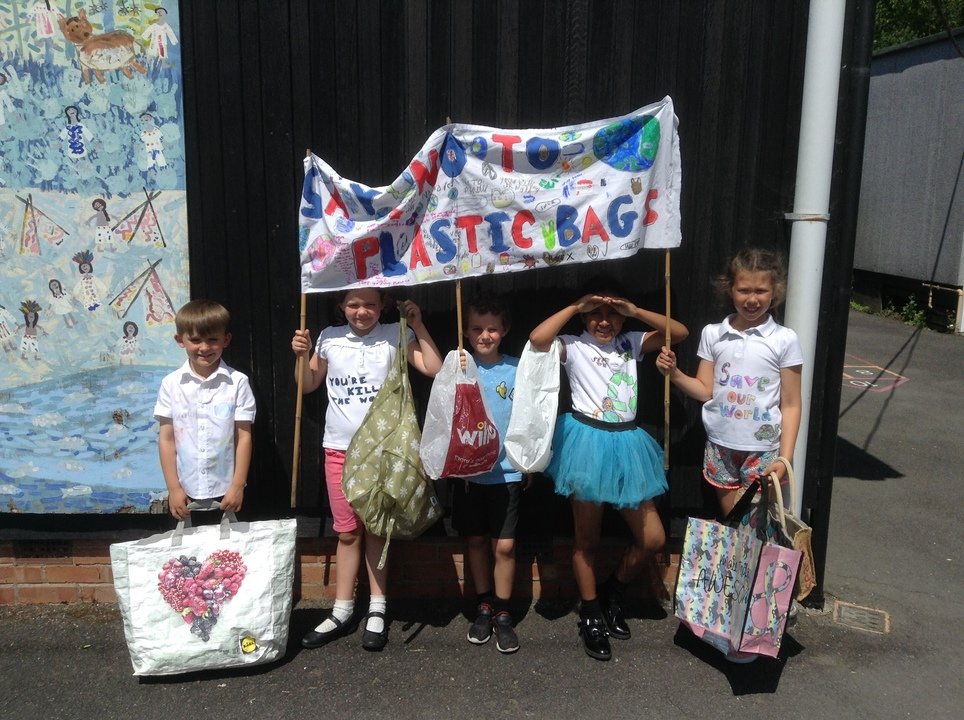 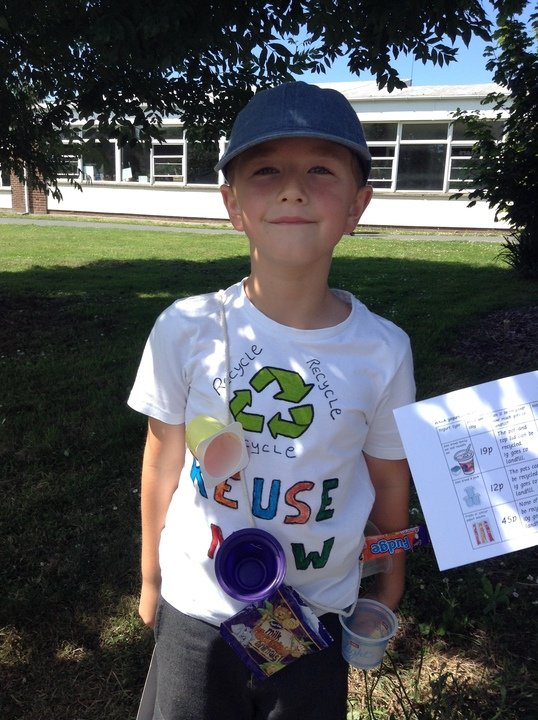 Here are just a few of our Year 2s at Brynsworthy Recycling Centre with Peter Heaton-Jones MP.  The children reported their findings and quizzed him about plastic use.  He promised to take our requests back to parliament and to share our Crispin and the Whale story with the Environment Minister. We carried out an audit of all the plastic waste at lunchtimes.  We were shocked to find that the worst offender was our own kitchen!  We have written to them about it.  One of the other problem plastic we found was yogurt sachets so we decided to do some further research into the best yogurts for the environment (see below). 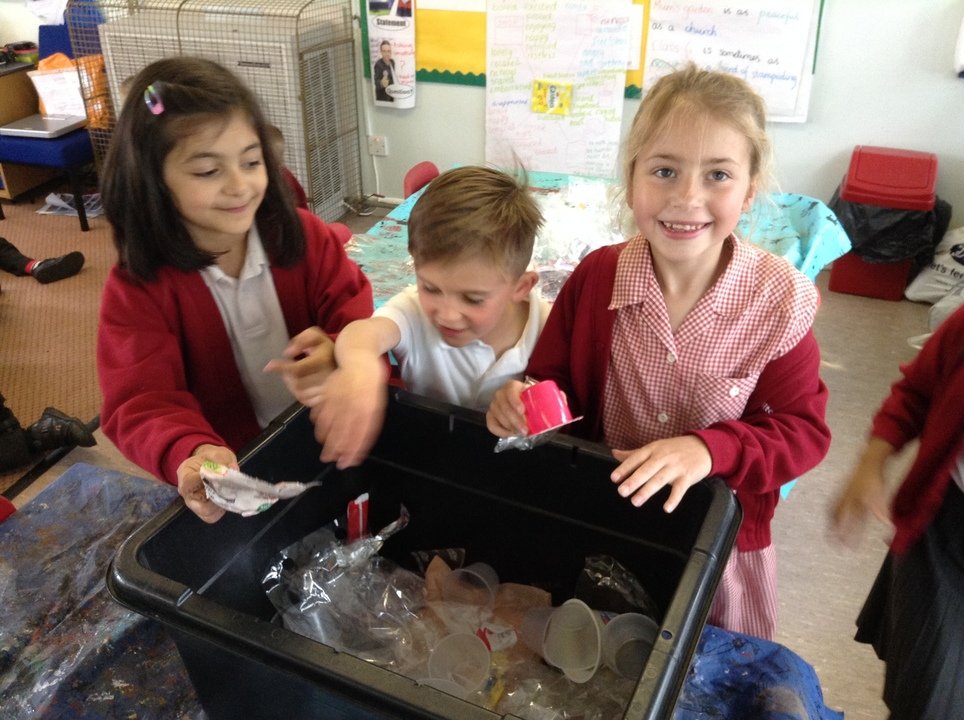 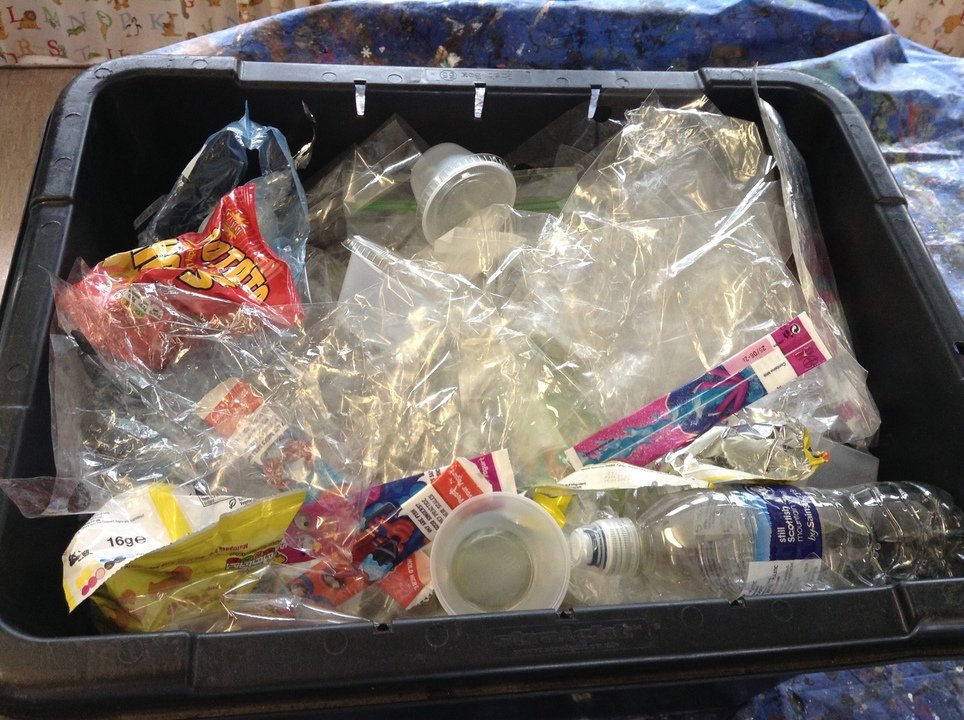 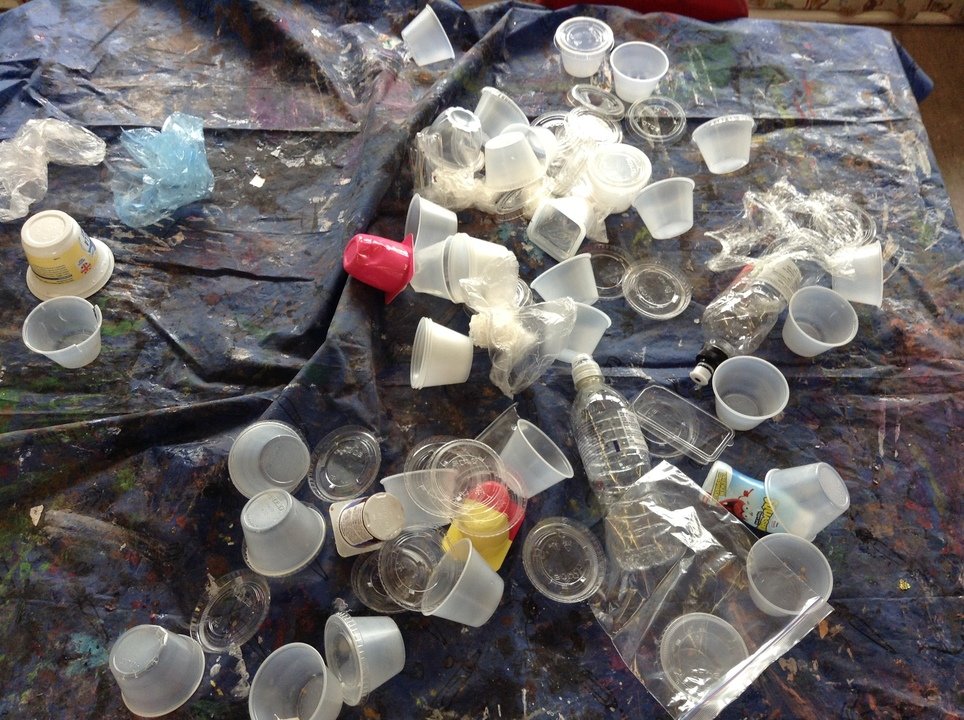 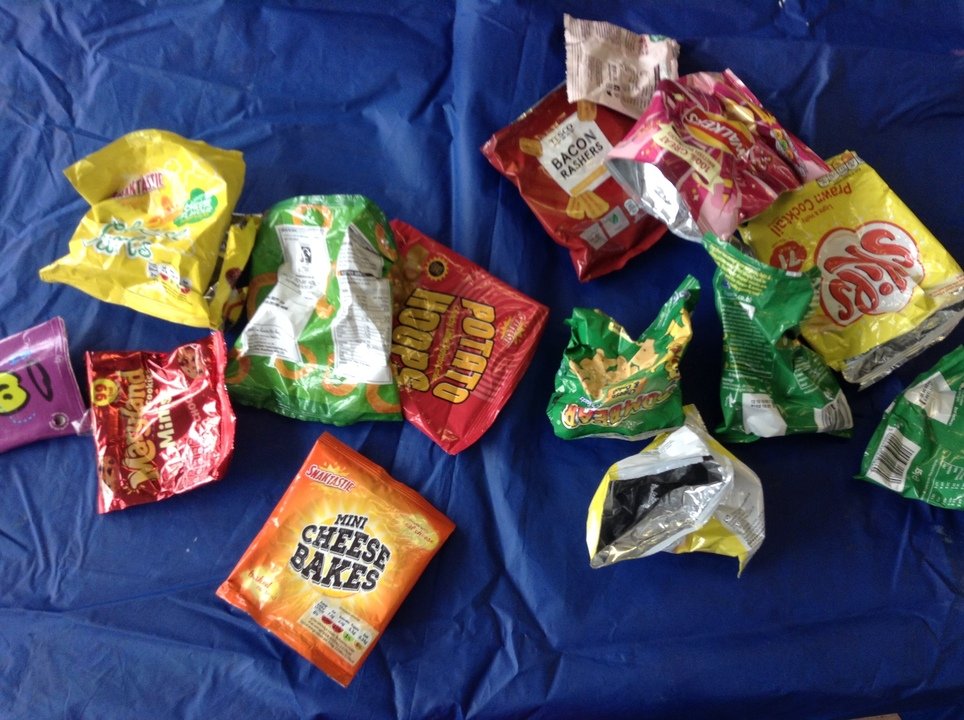 During SATs week, we always have a big outdoor project.  This year, we decided to paint our fence with the theme of Plastic in the Ocean.  The children suggested what to write and they voted on which one they liked best. The result is below.  It seemed such a shame to attach plastic to our beautiful artwork but the message is very clear. 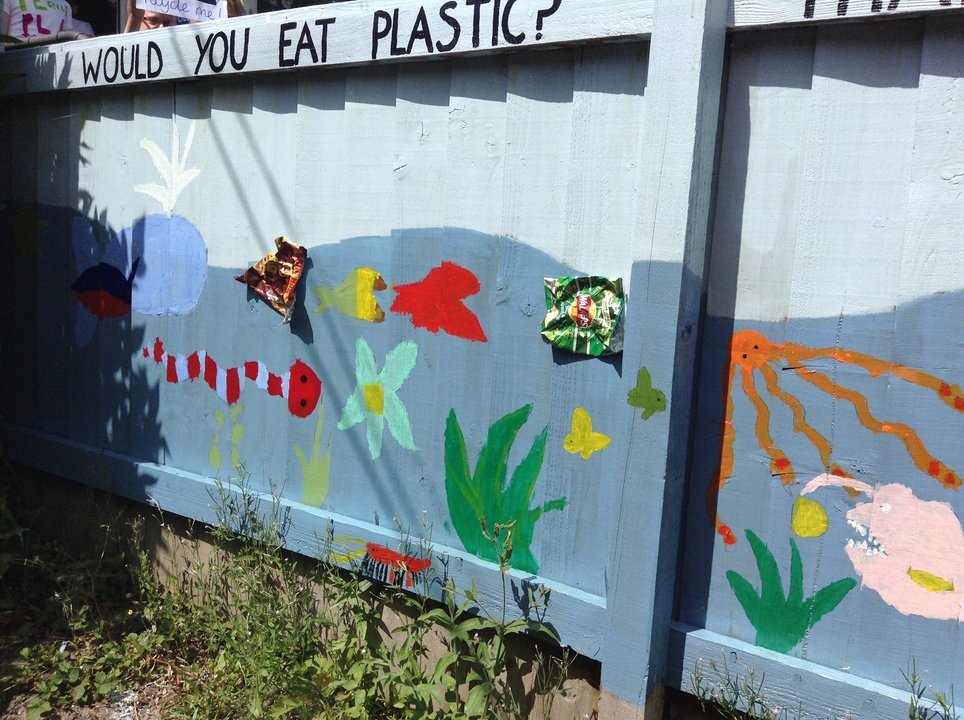 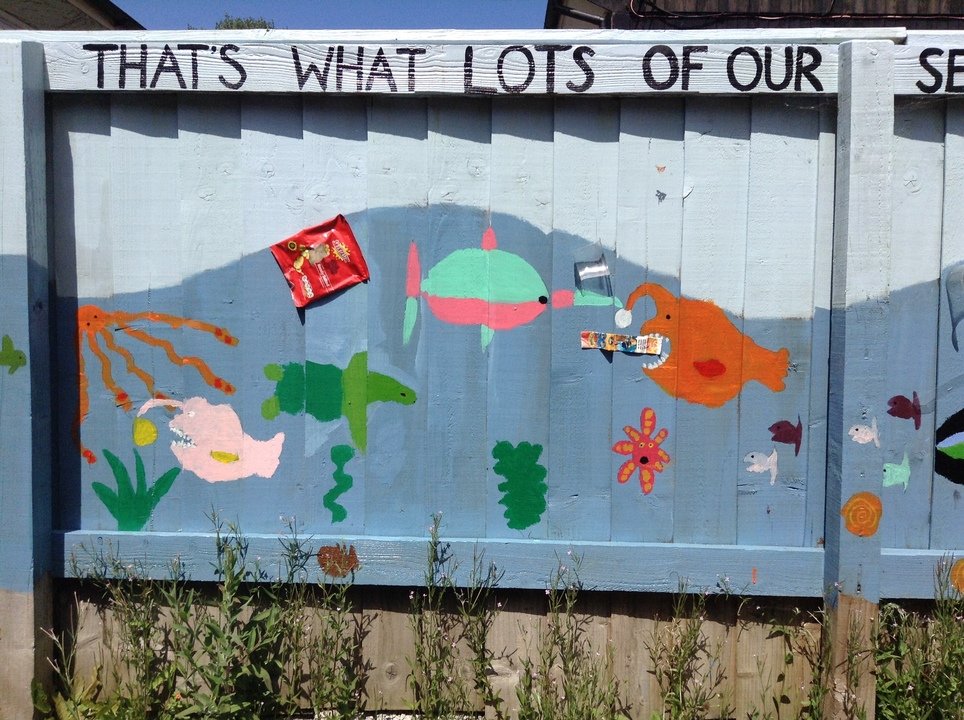 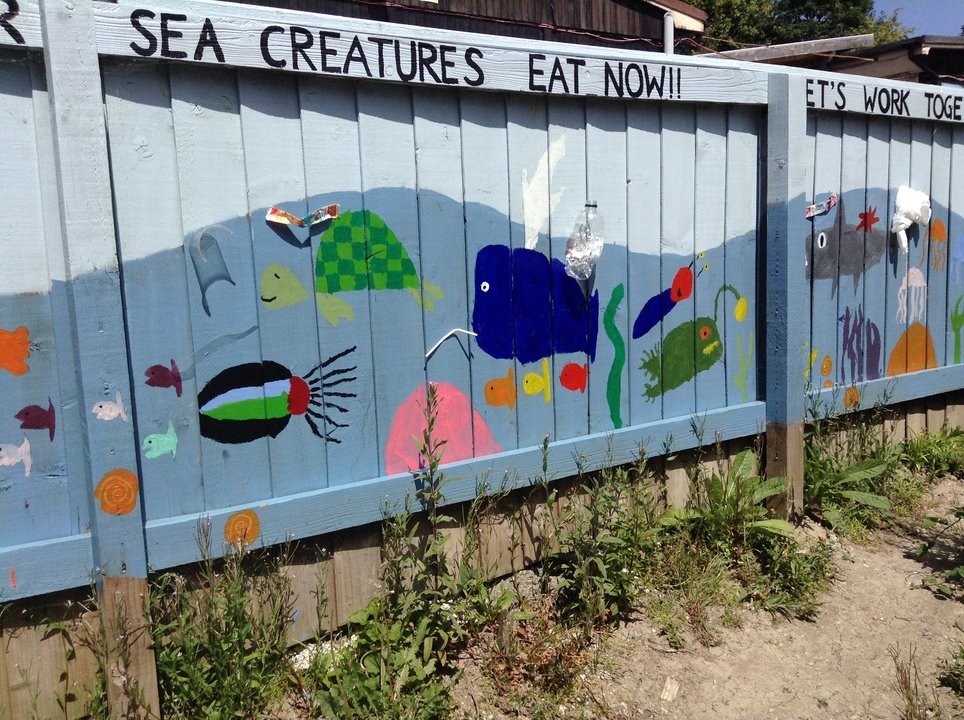 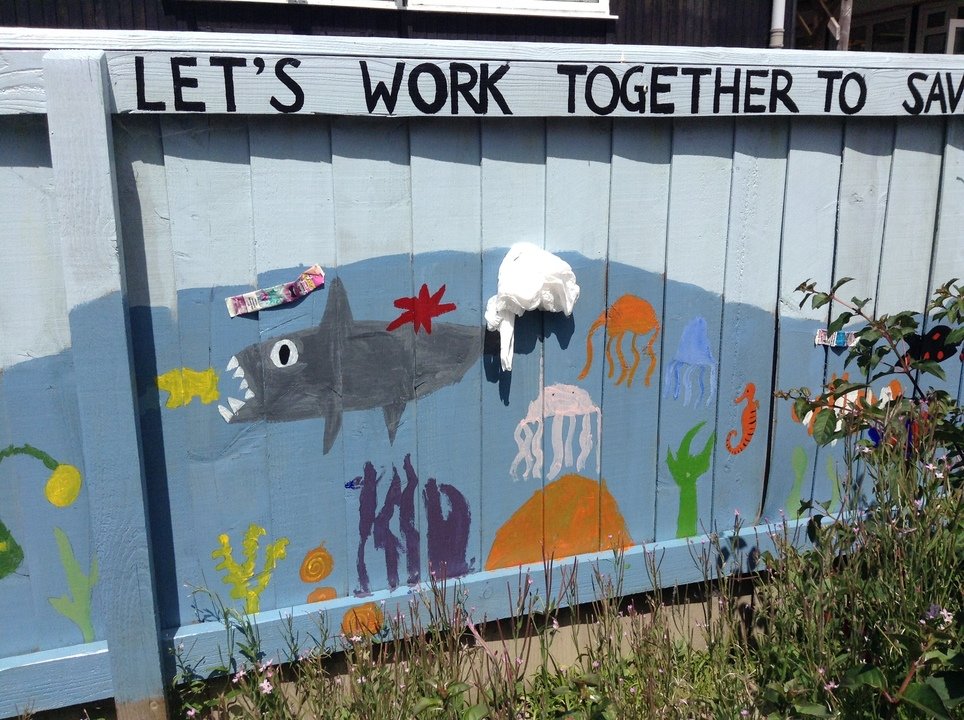 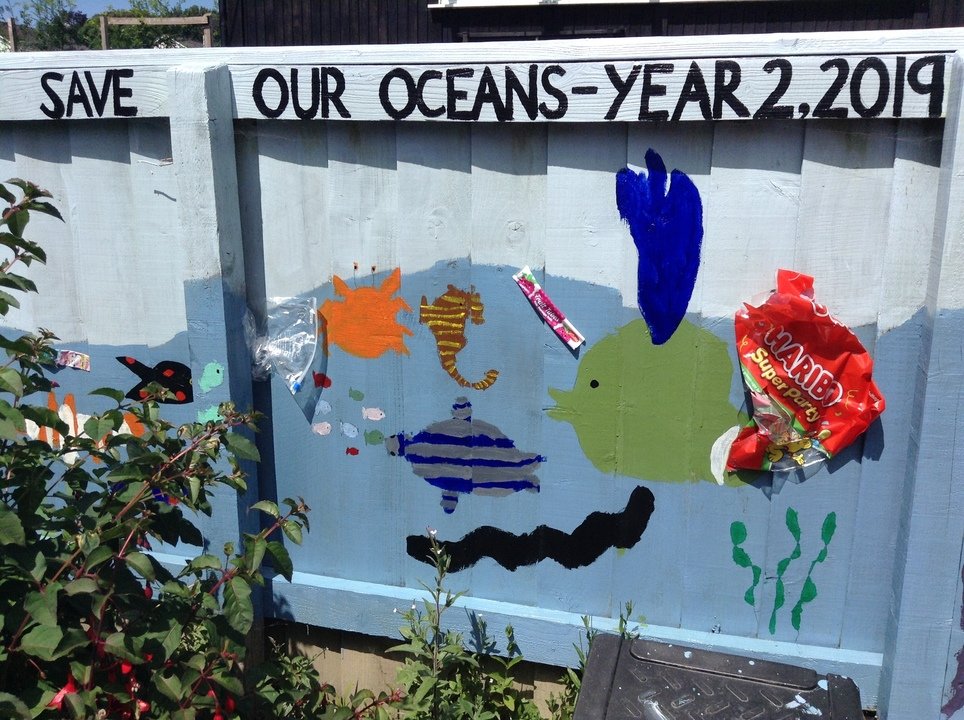 In the Autumn term, when the dinosaurs escaped, we learned to write letters of persuasion.  We decided to put this skill to good use and write letters of complaint to local and national businesses who the children thought we on the 'naughty list' of plastic users.  Some of these are below.  We've had a really positive response so far with many businesses giving us very reassuring news about their policies and actions. 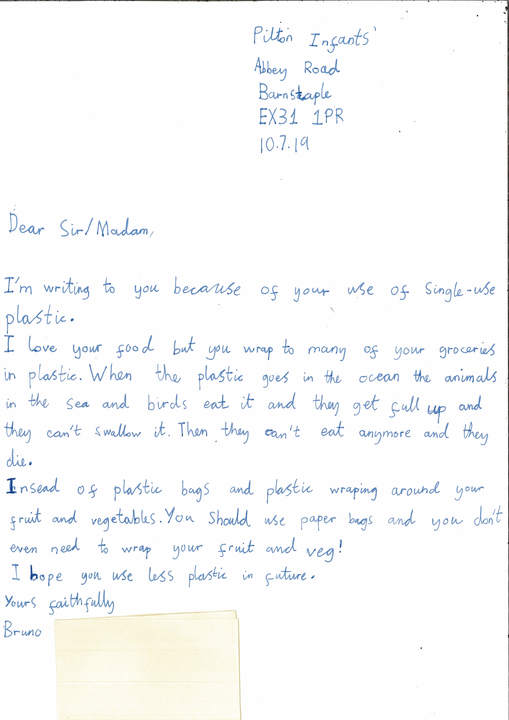 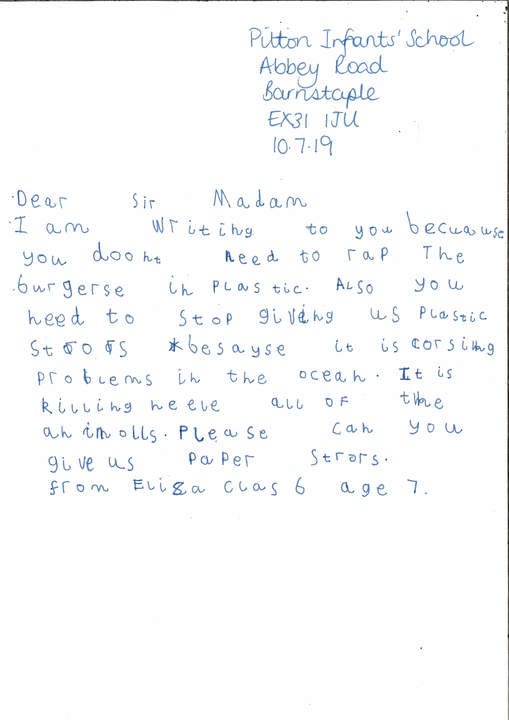 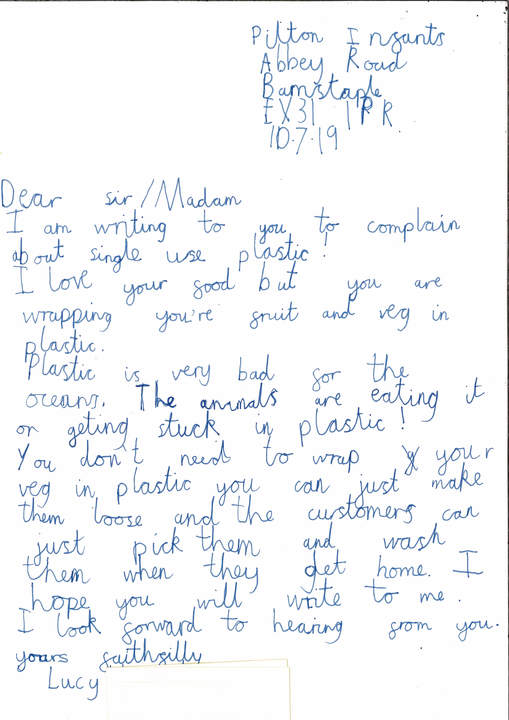 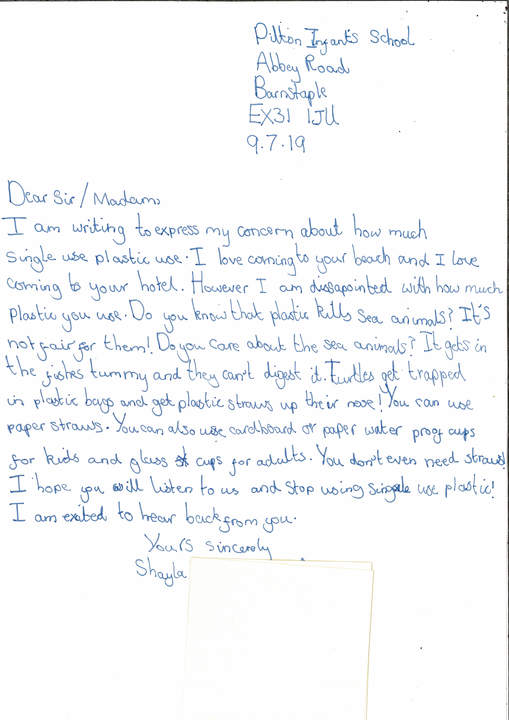